10 years passed since 19 terrorists abducted 4 planes in USA. Two of the planes crashed and destroyed the World Trade Center, another plane hit the Pentagon and United 93 crashed in an open field in Pennsylvania after the passengers prevented the abductors from reaching Capitol Hill. What are the security lessons learned from an event engraved in our collective memory forever? 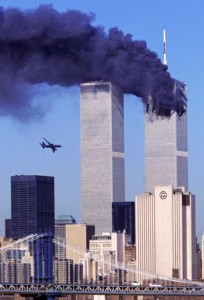 Today one can easily notice tighter security in all airports. On September 11th, the terrorists boarded the planes with knifes, which they used for abducting the plane. It is not probable this event will reoccur nowadays. In addition, today’s cargo security is tighter; many passengers complain their checked bags were searched; however, it’s better to check in advance than regret later.

Many pilots go through weapon training as part of their operations. The September 11th terrorist had knifes, but the pilots had nothing but bare hands. Today, the reality is different.

Large and small aviation companies hire private in-flight security personnel to escort passengers and crew from boarding to disembarking the plane. The security guards’ experience is the first factor in dealing with potential crisis. Only seasoned guards can fulfill this mission.

The matter is beyond the aviation business; high risers continue to populate the world’s most important corporations and enjoy tighter security. September 11th terrorist attack was not the first one; in 1993 a car bomb killed over 6 people. One of the security officers in the building alerted the situation but was not taken seriously. Today, this wouldn’t happen.

The greatest loss of September 11th terror attack was of Cantor Fitzgerald, with over 650 employees killed. Today, as part of lessons learned, large corporations divide their employees between various operating centers.

From an intelligence and risk assessment perspective, September 11th marked a serious turn of events. Although all bureaucratic obstacles have yet to be removed, US and international security agencies operate in greater coordination. The goal is to make information available to all the necessary entities so they can better assess the risks ahead.

To conclude, it is impossible to say such an attack will not reoccur, but at the same time all signs show main lessons have been learned and implemented, so we may remain optimistic.