In the past recent days, the Supreme Court instructed police and inspectors to vacate tents of protests in the social demonstrations from Tel Aviv and other parts of Israel. Although relatively quiet thus far, some call for greater violence and  invasion into vacant properties, public and private. These vacant properties often await renovations, buyers, etc. and are not secured. 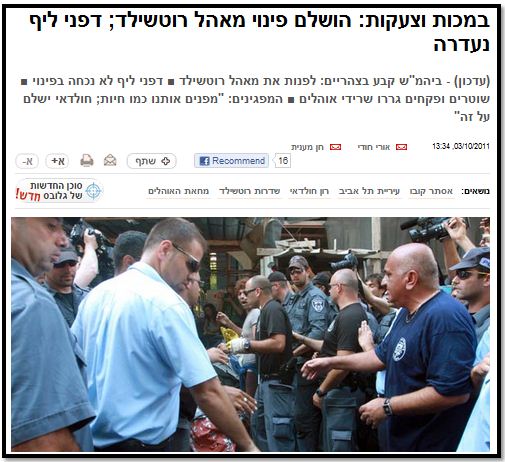 What Can be Done in Case of Invasion

In new invasions (up to 30 days), invaders can be evacuated without a court order, using reasonable force by a security company representing the owner. Guards arrive and ask the invaders to vacate and then seal the property to prevent future invasion.

In Case of Confrontation

It is possible things will get out of hand, with invaders cursing and using force. The response should be within reasonable force, equivalent to the force they use, attempting to conduct the evacuation with sensitivity and minimum anger. This may be a tough mission, especially in cases women are involved. Security companies normally hire women security guards to prevent a potential sexual assault lawsuit.

Another problem which may arise is how to handle personal belongings. Invaders often bring electronics and beds, which should be removed efficiently and with minimum damage. In this case, a moving company is hired to handle the belongings while the security company vacates the invaders.

Evacuation activity should be camera-recorded from beginning to end, to help the security force identify the invaders post evacuation. The tape can also be used to prove the security company operated legally and properly.

To conclude, evacuation can last anywhere from few minutes to few hours and may deteriorate to violence.  This is why a professional security company should conduct the evacuation. In case of open fire from the invaders, counteract and contact the police.