This week, two innocent Israeli business owners were murdered in Massachusetts. A few years ago the two Israelis immigrated to the US in order to better their lives and their livelihoods in a legal quiet fashion building a successful advertising business. One of the employees got fired, drove back to his home to bring a firearm, and returned to shoot the two business owners resulting in their deaths.

There was no way of foreseeing  this event but it is safe to say that with a little precaution and preemptive measures, this useless murder could have been prevented. When an employer terminates an employee and this person is known to have anger and mental issues this could be a problematic matter. Before making the official termination it is recommended that the employee hires an armed security guard and place him at the entrance to the managerial section of the business, the cost of hiring such a guard is not out of reach and is worth every penny, especially if we are dealing with people that tend to have mental issues and drug issues, An armed guard with security cameras deter from such occurrence from happening. The armed guard should not leave the employer ‘s sight at times such as these. 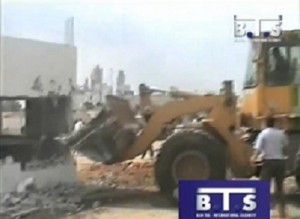 A common mistake made is that for the most part business owners do not file charges with the police, it is important that the perpetrator will know that he is being watched by the police, something that may look trivial , but carries a lot of weight. It is extremely important that the business owner has 24/7 protection around him, his house and his family. Prevention should begin in the employee recruitment process, even though this can be costly at times it is very important to check on the physical, legal and mental backgrounds of each and every prospect to better determine who would cause problems in the future and prevent such horrible tragedies from occurring.