For nearly eight months now, the West-African country of Mali has been divided into two separate entities: The first one is a sovereign entity under the rule of acting President Dioncounda Traore', and the second is Northern Mali, which is controlled by terrorist sponsored by Al-Qaeda. This delicate situation has once again raised the discussion as to the importance of a constant security force surrounding the incumbent president, whose life is under a constant threat 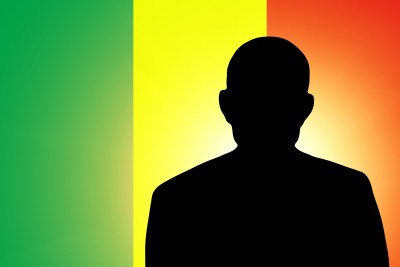 Every president's worst fear is being betrayed by his own people

It is obviously clear that the securing the head of state in Africa is a complex task that depends on an extensive variety of factors: From a wide range of threats right to the absence concerning the element of surprise and anonymity, due to the fact that the President reveals himself on a daily basis, thus posing some serious security challenges that his security team has to face

.However, experience shows that any African president's biggest concern has to deal with a possible betrayal of the soldiers who are supposed to be loyal to him. This concern often leads to the establishment of The Presidential Security Force accompanying the President wherever he goes

Therefore, the first step in the establishment of such a security force, lies in the recruitment of a loyal personnel coming directly from the tribe to which the president himself belongs – preferably a person from his nuclear family. This is the first security circle, the closest to the president and his family. Every person in this circle must declare his willingness to sacrifice his life for the president if necessary. Not less important, the president has to make sure that this circle consists entirely of people that will not betray him, turning him into the hands of his own enemies

.The second security circle is responsible for the protection of the president's palaces and personal residence, while the third security circle is actually a massive force that is charged with maintaining order on the streets and taking control of the authorities during a real crisis. The military, police and the country's security forces as well continue operate in conjunction with the abovementioned special security force

.The security force's unit commanders must answer directly to the President, allowing the entire forced to operate without any external interference, engaging directly with the person assigning the tasks they are required to perform

.
Professional training is the key to success

In order for the security force to function as expected of him, all the security personnel has to go through professional training that can sometimes even take several months. This is exactly where our comparative and competitive advantages are expressed at its fullest

.We at B.T.S Security, under the direction of Colonel (Ret.) Beni Tal specialize in training fighters and security personnel, using the knowledge of Israel's most skilled infantry soldiers and commanders, as well as counter-terrorism specialists. Our emphasis is turned to training courses for officers, chief security officers and the establishment of local schools that will train the next generation of security personnel

B.T.S Security headed by Colonel (Ret.) Beni Tal provides its customers, both in Israel and abroad, with professional security training courses, emphasizing complex and special security features having to do with securing high ranking senior officials – and presidents in particular. Contact us today – It's about time you stop looking over your shoulder.