Securing Athletes Abroad – Before it will be too Late

This month I was amazed to see how an Israeli sports team left Israel and landed in a hostile place without any organized Israeli security around them. This was the case when Beitar Jerusalem decided to go to Chechnya for a friendly match that was heavily secured – yet not by our own Israeli guards.

With all due respect to the Chechen guards, some of whom are certainly war veterans, I would have been much calmer if the guards were Israelis sent their on a formal mission on behalf of The State of Israel.

The horrendous murder of Israeli athletes in Munich had occurred more than 40 years ago and yet it still serves as a chilling example of how athletes can actually serve as a strategic target for terrorist organizations abroad. 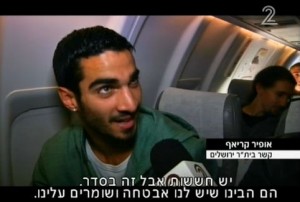 This is in fact the reason why any Israeli sports team travelling abroad must be accompanied by a trained and skilled team of security guards. This must be regulated by a bill just as the one ordering only Israeli security forces to be the ones securing our athletes during the Olympics. Not to mention the fact that often times soccer matches require special security measures.

It is important to note that security guards abroad are entitled to be armed (except in England) and in almost every country we have a security guard posted at the embassy, ​​various Jewish communities and branches of El Al. The law must also allow pulling personnel from the embassy, the communities and El Al in order to secure a team when it is necessary. They are all armed gunmen with an excellent level of operational security.

Implement a plan of action regulated by law

Today, the situation is that even if a delegation going abroad is equipped with Israeli security guards, the thing is that they are not skilled enough and often are not aware of the specific sensitivities having to do with the place they are sent to.

On the other hand, Israeli security guards, who work and operate in that country, know all the nuances and we ought to remember also that they work in complete coordination with local security services. Therefore, they are better equipped in terms of means of communication and weapons, usually using "small UZIs" and hidden headphones.

It is important to note that such security teams always have a trained staff, with a unit commander coordinating with local security on a real time basis. In addition, "local" Israeli security officers are better equipped and knowledgeable when it comes to identifying people that might be involved in a terrorist attack – thus preventing it before it actually happens.

Israeli security officials must come up with a new plan bringing back the old and tighter security measures when it comes to Israeli athletes competing abroad. This has to be processed through the provisional legal channels in order to avoid a future disaster.