The horrible incident in which four Jewish citizens, one adult and three kids were shot and killed in the city of Toulouse situated in France, has once again reminded us of the urgent need to tighten the security around Jewish schools and other institutions around the globe. 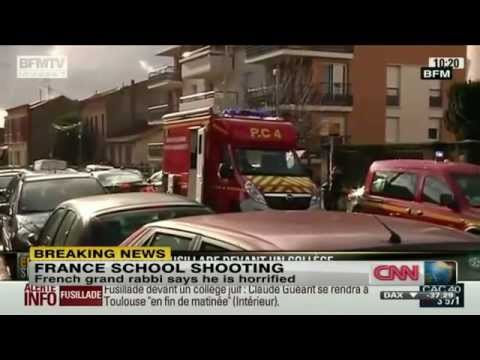 In general, the Israeli Mossad tends to assist Jewish communities in times of need by providing professional guidance to security guards as well as by providing necessary backup from above. However, when routine strikes, the responsibility normally lies with the local community.

The key factor behind the critical security awareness abroad is the intelligence. When such reliable intelligence is provided, all forces can make the necessary security arrangements in advance, allocating the proper resources designated for the community's perimeter security. Nowadays, there are many Muslim communities in France as well as in other adjacent European countries that wish to annihilate the State of Israel as well as to wipeout the entire Jewish Diaspora. Nothing has changed.

The security guards in charge of the well being of the Jewish communities can be divided into two main groups. The first one is composed of volunteers coming directly from inside the community itself; they fill a relatively minor role. The second group consists of Israelis working or studying abroad. They serve as the de-facto security guards and bodyguards on scene. The most important issue here is to prevent the hiring of local and Non-Jewish security guards that can eventually end up being the ones causing the most damage.

The entire security detail goes through advanced training courses provided by the Mossad and other security forces. They leave the country with a registered weapon given to them by the Israeli Ministry of the Interior. Many countries in Europe do not fancy this habit, nevertheless, the European Ministry of Interior allows communities in need of constant security to carry similar accessories.

Both visible and invisible security guards should be present in schools during morning peak hours in which parents drop their children in school on their way to work. When so many potential targets are present at the same place and at the same time – the entire venue can easily turn into a horrendous blood-bath.

Furthermore, I firmly believe that the parents should not be the ones driving their kids to school. The kids should travel in a secured bus that picks up every kid directly from his front door. The security guard present on the bus should go down on every stop, check the surroundings and only when he makes sure that everything is safe – the bus shall continue  en route. Such a scenario might remind us the days of the 1982 Lebanon war. However, similar security arrangements are of utmost importance, especially when it comes to private schools attended by children of various embassies' employees.

In addition, dolly security cameras linked to a centralized control room must be installed around the school's surroundings, thus providing the guards with the opportunity to scan the entire perimeter. In some cases that require special attention, the use of security guards and snipers situated on the rooftops become worthy of consideration.

Moreover, in my opinion, as far as the safety of the pupils is concerned, the local police must also be involved. Armed policemen wearing bullet-proof vests should guard the entrance, constantly aware and ready to engage potential threats.

It seems almost as if local security forces have enjoyed temporary silence which was followed by a disturbing routine. Jewish communities around the world have always been and will unfortunately continue to be in constant danger. However, we must do everything in our power in order to prevent dreadful incidents as the one we have witnessed last week.