Security and Safety during Times of War

Since last Wednesday, when operation "Pillar of Defense" has in fact started, The State of Israel has turned into a state in war. Unfortunately, war is a familiar situation here in Israel – the result of decades of constant conflict with the neighbors threatening to destroy us. The entire routine changes when you have rockets whistling over your heads and thousands of reserve duty soldiers are asked to report to their command posts. 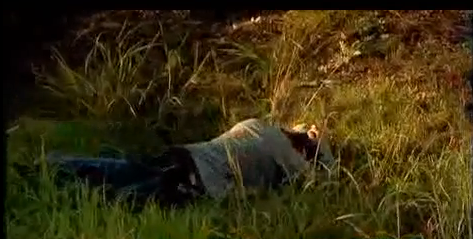 The most basic and obviously most important thing you ought to do in such a situation is to completely comply with the orders of the Israeli security authorities such as the Police, The Medical Emergency Service (Magen David Adom) and the army's own Home Front Command (HFC).

You have no reason to try and be clever by ignoring the instructions because your life depends on it. For example, when you hear a siren, don't wait for a missile strike, but rather proceed immediately to the closest protected space you have – inside our outside the apartment.

Make no mistake about it, under no circumstances should any of the citizens living in Israel stay unprotected. Today, the missile threat does not concern only the residents of the Israeli southern cities, but also those living in Tel-Aviv and even Jerusalem. The operation can take a few more days or even weeks to end and in the mean time you are to protect yourself in any cost.

Right at the beginning of the operation, we heard the story of a woman whose house was directly hit by a missile launched from Gaza. However, her early resourcefulness and the fact that she managed to reach the protected space – has saved her life. On the other hand, three residents who were at home in Kiryat Malachi, but decides to stay inside their apartment rather than evacuating quickly – have consequently lost their lives.

The rapid and professional deployment of the Magen David Adom rescue team that delivered those injured in the attack to the hospital as soon as possible – has to be favorably noted. Furthermore, the local municipality had also cleared the ruins quickly and the army did everything in their power in order to prevent the looting of property by criminals

To sum it up, the state is the one charge for providing its citizens with emergency and rescue services during combat. It is therefore critical that each and every one of us follows the exact orders issued by the respective state authorities.

In addition, it is very important to make sure that even in the range of 7 to 40 miles from the Gaza Strip, there will be no gatherings of over 100 people in both open or closed spaces. Obviously, when talking about even a closer range (0 to 7 miles from the Gaza Strip), all gatherings are prohibited. The problem in such events is that  in case of an emergency, a big group may trying to find shelter might hinder the entire evacuation efforts, leaving some of those present without any protection –  at the mercy of the Qassam , the Grad or the Fajr rockets.

We indeed hope that operation "Pillar of Defense" will allow both citizens of the South, and now also those of the central part of Israel to live their lives safely without such an existential threat over their heads.