The Assassin Killed a Person, the Police Officers Wounded Nine: Operational Competence is Everything

One of the main problems having to do with security personnel detail, police officers and soldiers, is maintaining a continuous and efficient training routine. You can give out young recruits NYPD uniforms and equip them with clubs and other accessories, but when faced with clear and present danger at the moment of truth – the operational competence is a key factor. In cases where preparedness fails – the outcome might be fatal – just as we have witnessed in the recent "Empire State" incident taking place in New-York. 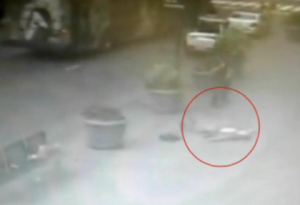 During the incident, a man which has been recently fired from his job, entered the building and killed his former manager. The police officers, who arrived at the scene, began shooting in all directions without actually understanding the situation in hand – and thus injured nine innocent people.

It's no secret that police officers working in New York, and for that matter – all across the United States, tend to fire without a problem. The minute something raises their suspicion or looks wrong – they pull out their gun and shoot. The main reason behind this behavior is obviously clear: The significant rate of violent crime in these areas makes the police understand that their lives may come to a sudden end with every little incident. Terrible, yet true.

The problem starts when you confront the "opening fire" guidelines and the conduct in the field, with the lack of skill and that of a regular training routine. Police officers and security personnel who are engaged in securing people and fighting assaulters in built public surroundings, should undergo recurrent training which has to make them face with different types of targets, divided into innocent people and criminals.

During these workouts and training sessions, the warriors run into a structure filled with emerging plastic targets in different colors – black for criminals and white for innocent citizens. The fighters should be able to distinguish them quickly and eliminate the perpetrators without hurting any bystanders.

In addition, every law enforcement authority out there has to make sure that their security personnel maintain an adequate level of physical fitness. We cannot expect a police officer weighing over a hundred pounds, to run several blocks chasing down a criminal, catch his breath and hit him accurately from a distance of several dozen meters, and with innocent people moving around him.

Could have been avoided

Going back to the New York shooting incident, if instead of sending confused police officers to the scene, they would have sent an experienced and skilled sniper; the shooter could have been brought down without endangering the people around.

This unfortunate incident has to serve as a lesson for state security and police forces and the United State and Israel. The people in charge ought to realize that without introducing a regular workout regime which will also include minimum standards, the next incident, will cause significantly greater damage.