Just a few days ago the entire world had its eyes on the horrifying drama taking place in Colorado during the screening of a new "Batman" feature film. A red-headed man (just like the "Joker" in the film itself) entered the room and indiscriminately sprayed the viewers. The result: 12 dead and dozens injured. 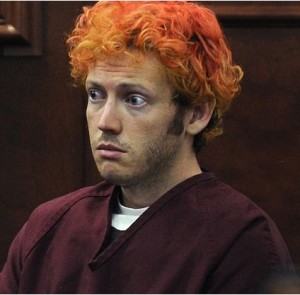 As an Israeli security expert, I have had the chance to witness almost every possible security scenario out there. The state of Israel and the Israeli citizens are constantly threatened by terror groups and terror supporting states that use every possible method in order to cause as much harm as possible to the civilian population.

In the United States, there is one additional factor added to the already potential terrorist threat:  Insane individuals who purchase weapons and go for a killing spree – similar to the one we have witnessed this last weekend.

As we all know – in the United States there are two main factors which make it harder for the law enforcement authorities to keep people safe.

1. No filtering or screening by security guards posted at the entrance to public spaces

Apart from the airports, in which after the September 11 attacks, the security has been considerably tightened, it is almost impossible to see armed and qualified security guards, standing at the entrance to a sports stadium or a theater and so on.

If there were armed security guards present in such places, the chance of preventing similar terrible incidents would have obviously been much higher. A person carrying a big bag in a place you wouldn't expect him to do so (he had three M-16 guns in there) would have arisen every professional security guard's suspicion immediately. Every security guard, even the less trained and qualified ones, would have probably recognized a threat instantly.

Moreover, even if he had decided to carry out his malicious plan outside, it would have been much easier for the police to arrest him and for the people to escape. Quite often, there are more casualties linked directly to the panic caused by the shootings, rather thanto the shooting itself. In addition, the mere image of armed security guards securing the entrance would have probably been enough to deter potential attackers.

If anyone can buy weapons that easily – it is therefore no wonder that sooner or later it ends up in the hands of madmen. Unfortunately, the process of firearms purchase does not include any advanced filtering.

The American legislative and law enforcement authorities have to stop the madness once and for all, and harden the conditions allowing citizens to buy weapons. I believe that such an option has to be given only to people with the appropriate security background or army veterans who were found eligible to handle such a responsibility.

The United States has to start thinking about, and make sure she is well equipped to fight potential terror attacks, carried out by its own citizens (inside terrorism). If the massacre had taken place inside a basketball court or a football field, one single shot would have been enough to cause massive panic, which would have been followed by dozens of casualties crushed to death.

In my opinion, the Israeli security companies have gained significant knowledge they can share with US security forces, providing the necessary advice, helping change the state of mind and implementing the appropriate steps. Israeli companies specializing in security can consult the United States police as to the ways to fight this horrible phenomenon, as well as work together with the Department of Homeland Security in establishing new regulations regarding the firearms sales and purchase.