Violent eviction of criminals who took over an abandoned factory

If criminals take over a private property and more than 30 days go by, their eviction process becomes a lot more difficult – in order to tackle this problem as soon as possible – the company specializing in forced and violent evictions (when so needed) comes in.

The criminals thought we will not get to them

This case study focuses on an old factory abandoned by its previous owners after the company that was in charge of the facility – went bankrupt. Criminals who wanted to take over the compound arrived quickly after the facility was cleared from any people and tried to do whatever they can in order to stay there – obviously without paying any amount.

The owner of the factory informed us that they took over the compound less than 30 days ago, and this is important because it provides with the opportunity to evict them without having to receive a court order or involving the police. 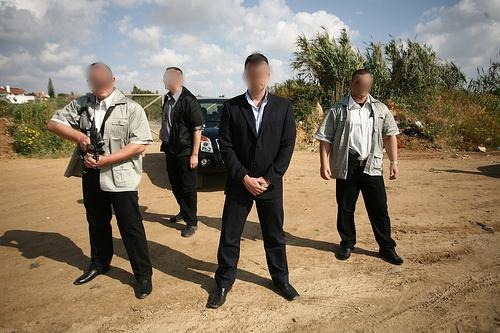 We arrived at the factory and after a quick tour around the place we realized that there is quite a large team of invaders who entered the premises in order to settle there permanently –they tried to open their own business at this venue and even made arrangements for sleep. Obviously, they wanted to earn time thinking no one will get to them and a formal eviction order would have to be issued. We are talking about a very critical month because during this period – they can be evicted without any order – voluntarily or violently.

The invaders were ready to fight

We noticed that there are around 70 people at the compound – prepared for a battle. At first, we explained to them that this is a private area and that they should leave immediately. They made it clear that they are prepared to stay there for a long time – we had no choice but to organize a real operation.

We arrived at night and saw the same 70 people guarding the place. We explained nicely once again that they should leave the premises and allow us to use load their stuff on a truck we brought with us. We told them that the entire operation is filmed and documented and that they are illegal trespassers who should leave as soon as possible. This was when they understood that we are not going to give up so quickly.

The intruders saw 200 of our strong and vigorous security guards who were ready to act upon any problem that might arise. Eventually we managed to convince the leaders of the crime syndicate to evict the compound and offered them to load their things onto the truck and deliver it to wherever they wish (with them paying for it of course)

They evacuated the factory within 48 hours, and then when the place was clean, we secured it for another 10 days until a new tenant arrived with a proper lease. We stayed there for yet another week in order to make sure nothing bad happens.