Evicting a building aimed for preservation 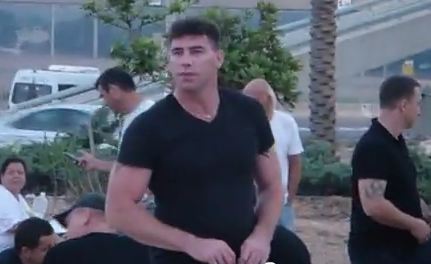 Unfortunately, the socio-economic situation is Israel hasn't been the best for this last couple of years and so many people simply lose their homes and forced to live on the street. Often times they try to find a better arrangement and so they invade private property and stay there illegally. A few weeks ago we were approached by a lawyer representing an owner of a landmark building designated for preservation that was invaded by dozens of homeless individuals.

The building was sealed, but they managed to overcome it and enter the facility. We watched the building from outside and learned that indeed dozens of people come in and sleep there on a daily basis. Our client had turned to the police at first, but since they are not a security company he approached us because we specialize in violent evictions when such are necessary.

We made sure that we are talking about a rather fresh invasion (less than 30 days – a period that does not require a court order) and arrived at the facility with flashlights and emergency lighting. We found a group of 25 people who are very poor and yet dangerous once you touch the only personal belongings they have. We prepared for a violent eviction but we explained to them that they shouldn't be there.

And confirmed with the lawyer that this is a relatively fresh invasion that has not passed 30 days after the invasion. We arrived at night with flashlights and emergency lighting, we found that instead of sleeping 25 people. People are very poor but equally dangerous as you touch the equipment that was found in their possession.

We have prepared a violent and difficult evacuation, but after many explanations explained to them that they should not be there, we turned on the lights and did everything in our power in order to end their stay as soon as possible. Despite the fact that they tried to stab one of guards – we have successfully evacuated all of them.

The next morning we sealed the building hermetically and set up the strongest lighting equipment in the courtyard including motion detectors and armed guards till the owner decides what he wants to do with the property –  bring in new tenants or renovate the building. Every evening since, they same intruders still try to break in the facility but when they see our guards – they know they have no chance.