In recent years we often encounter incidents in which helpless and innocent victims are being lynched by minority groups. The incident involving the late Arik Karp has resulted in a terrible and cruel death. During this past weekend, two Israeli soldiers on a vacation from the army were gravely assaulted by a group that went even further engraving the word "dog" on one of the soldier's head. 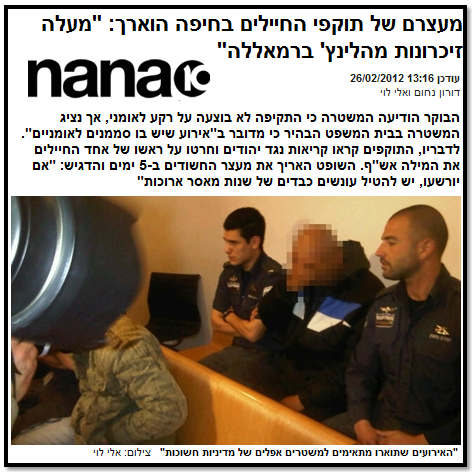 From the Israeli new site: Nana10

Despite the fact that generalizations are never a pleasant thing for society, we cannot ignore the recurring pattern: a massive group of Arab citizens face helpless Jews, assaulting them without showing any mercy or remorse. This problem gets even more serious considering the fact the Israeli security authorities choose to ignore these outrageous phenomena and refuse to give out the extremely required weapon carrying permissions. 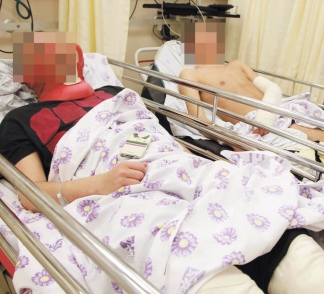 As a person with extensive army experience and as the managing director of a renowned security and executive protection firm, I am very well aware of the need to protect citizens from any harm. Therefore, I firmly believe that if any of the victims involved have had a weapon in their possession, things would have in fact ended differently. Furthermore, we can also assume that a weapon could have been used as an efficient deterrent, which would have provided for the harmless extraction of everybody involved.

Even by examining the abovementioned incident involving Arik Karp, It is quite possible that the possession of a real gun or even a simulated gun, serving as a deterrent, would have kept him alive.

Where is the security when you need it the most?

The most recent episode which resulted in the severe injury of both soldiers should in fact serve as a warning sign for all Israeli authorities. The assault took place in a public place located in a very close proximity to a hospital. Needless to say, such places should be monitored closely and carefully. Nevertheless, the inadequate allocation of funds ensued in the lack of perimeter security in a place that is supposed to shield the weak.

Hospitals in Israel are almost entirely defenseless, both at the entrance itself and inside the compound; everybody is just waiting for a seriously destructive event to occur with enough blame to go around afterwards.

It is safe to say that had the hospital been equipped with the appropriate security measures, both in terms of personnel and equipment, the event in question could have been avoided completely or interrupted a lot sooner with less fatal results.

Moreover, in a hospital containing the appropriate personnel, the people attacking the soldiers would have been located in a matter of seconds by a security guard or a control room inspector that would have dispatched the proper personnel trained to handle such scenarios. Eventually, this is exactly what happened but it was too little, too late. The victims did not have any weapons and there were no cameras around. Both soldiers have endured a pogrom that reminded us of darker times in mankind's history – without any reason.

There are people that consider guns to be "heavy" ammo. This is exactly why other useful and efficient alternatives can be used encountering a similar scenario:

In addition, quality close combat training that can be provided for every high school senior or army recruit would have helped the soldiers to protect themselves and shift the balance of power during the fight.

In conclusion, the fact that soldiers not situated at the frontlines but rather in the rear try to escape and eventually get hurt by Arabs in the city of Haifa is terrible. Israeli authorities must do everything in their power to in order to enhance and strengthen security as well as to create more efficient deterrents, so that every person contemplating hurting a fellow citizen will know that he/she shall face a severe sentence and punishment.