A person should be able to secure and protect his house from intruders seeking to harm the sanctity of his most precious asset.

Unfortunately, in recent weeks we have witnessed too many cases of burglaries and intrusions of thieves into houses and apartments of innocent civilians in order to steal or even worse – actually physically harm the residents.

The difficult economic situation, alongside with the growing polarity within the population, makes people often choose the easy way to make a living, breaking into homes of honest citizens that work hard to make a living. This unfortunate phenomena has to be stopped as soon as possible. 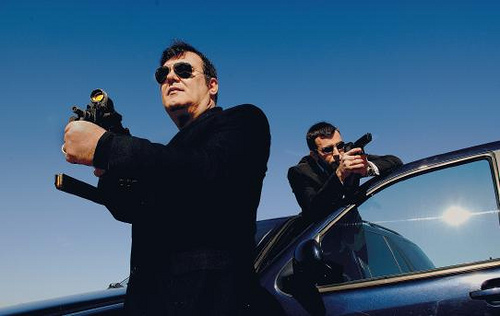 Just last week we all read (in YNET) about the 66 year old man living in Kochav Yair, who fought a brutal and violent burglar in his own house. Obviously, the burglar entered the house illegally, armed with a knife that could easily have killed or fatally injured the occupants.

This is not the first time that the "Sharon Plain" has been the venue of burglary and intrusion. In yet another previous incident, the burglars killed the people that were in the house they intended to empty. This constant fear people live in cannot and should not be overlooked.

Ex-Military individuals should be equipped with weapons

Make no mistake about it, citizens should be able to protect themselves and their premises. The proper solution would be to provideEx-Military individuals with weapons due to the training they already went through during the army. They must be armed and ready to fight burglars, thieves and anyone else plotting to infiltrate their fortress.

Thieves must know that after the enactment of the "Dromi Law", chances are they will not leave a home or farm alive after a robbery. A thief must know that if he decides to break into someone's home, he endangers himself, and that should have provide for himself and his own family instead of robbing people. Instead of ruining someone else's life – try building your own.

Unfortunately, courts cooperate with thieves. The day after the police does its job catching the thieves, the court must release them in an act that brings them back directly to the path of violence. Israeli citizens must protect themselves because the police will not be able to attend all places at once.

Today burglaries occur at any time of the day – in terms of the case in question – that of Kochav Yair, had occurred in the early morning. The owner of the house was lucky to have overcome the armed intruder. Keep yourselves and your families safe.