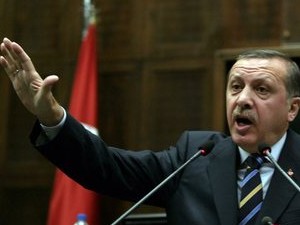 Last week, during Abu Mazen, President of the Palestinian National Authority, speech in the UN assembly, a conflict rose between Turkey’s Prime Minister Arduan’s security guards and the UN security guards. The UN secretary apologized to Arduan, but could this have been prevented?

First step in analyzing this case, we should understand Arduan’s character. This is a militant aggressive man who stirs his security guards into an adrenalin rich offensive environment.

Normally, security guards, VIP personal security and team replicate the client’s character. For example, if the client is an old prime minister, his security guards will have character and height suitable to his, for a better fit.

This incident is a result of Arduan’s baron-like behavior, patronizing his surroundings. During Abu Mazen’s speech, Arduan tried, with his security team, to enter a section closed due to full occupancy.

This Could Have Been Prevented

When private security teams arrive with their client to a place like the UN, there are certain codes of behavior to be followed. Arduan’s security team appeared as mafia bullies, were not easily identified and had language barrier; these characteristics attract potential inflammability.

In addition, if the security team operated responsibly, they should have sent a scout unit to familiarize and evaluate the situation prior to Arduan’s arrival. Had they done so, they would have realized this area was closed to entry.

This case resulted in minor incident but things could have ended otherwise if, under pressure, one of the guards reached for their weapon, even out of precaution.

An experienced security company trained in VIP personal security checks every area prior to arrival and ensures full coordination using a translator service.